Push your body,
feast your senses

Create your own
unique tour

5 Reasons Madagascar is an Adventurers’ Paradise

The world’s fourth-largest island, situated off the southeast coast of Africa, won't disappoint any adventurers willing to immerse their senses in everything this unspoiled gem has to offer. There are very few places left in the world which offer such diverse scenery, flora, and fauna coupled with a friendly welcome by the Malagasy people.

Let us give you five reasons why Madagascar is a paradise for a cycling and hiking adventure. 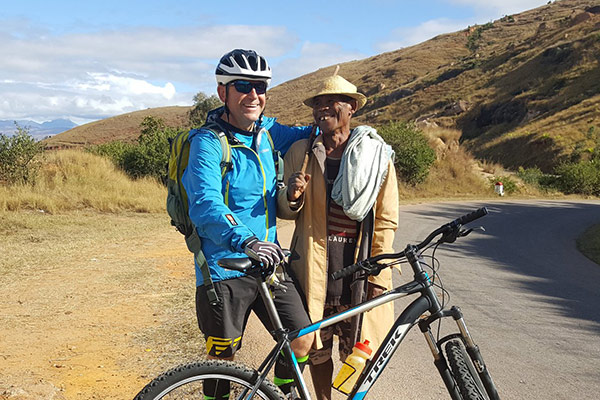 Madagascar has a unique blend of African and Asian cultures which can be seen throughout Madagascar with the rice paddy fields reminding visitors of Asia, and the zebu cattle grazing areas of the south and west mirroring the African savannas of East Africa. The Malagasy people are a blend of these two cultures, together with influences from the French, the British, the Arabs, the Indians and the Chinese. They are a friendly people who are justifiably proud of their island and love to share its glories with visitors.

The Malagasy language has its origins in south east Asia and French is spoken as the second language. It’s always good to learn a few words and phrases before visiting a different country. ‘Hello’ is ‘manao ahoana e!!’. ‘Thank you’ is ‘misaotra betsaka!’ 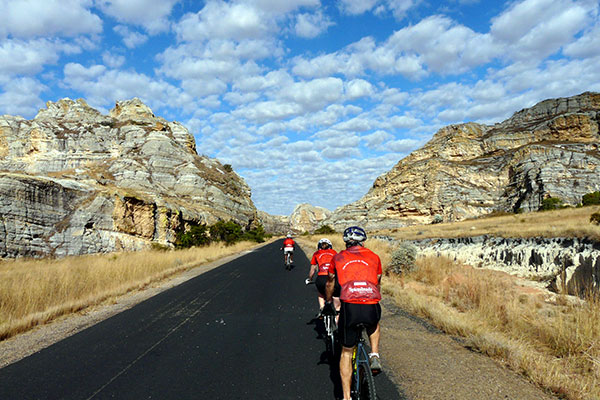 Madagascar has a staggering 5,000 kms of coastline to explore either on foot, boat or by snorkelling and diving. Enjoy the beautiful coral reefs and the vibrant fishing community who are only too happy to tell you about their lives in Madagascar. This amazing island has rain forests, extinct volcanoes, baobab forests, deserts, mountains, hills – housing terraced rice paddies, canyons and much, much more. 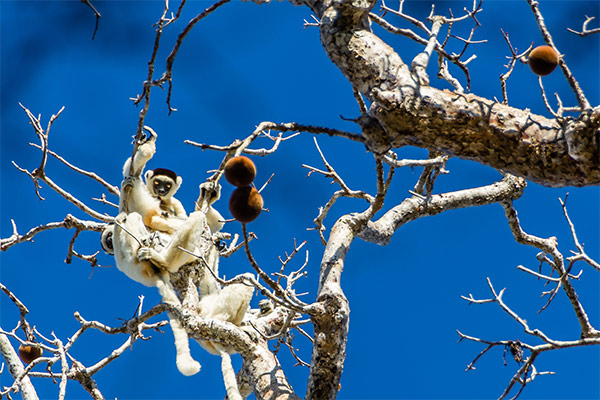 An amazing 5% of the world’s flora and fauna are only to be found in Madagascar, the most famous being the lemur who may come and share breakfast with you at some of the more popular resorts. A staggering 70% of the fauna and 90% of the flora are endemic to Madagascar, making it a wildlife and birding paradise. The plant life alone can keep visitors busy for months on end, as can be seen by the various research projects that have taken place over the years. 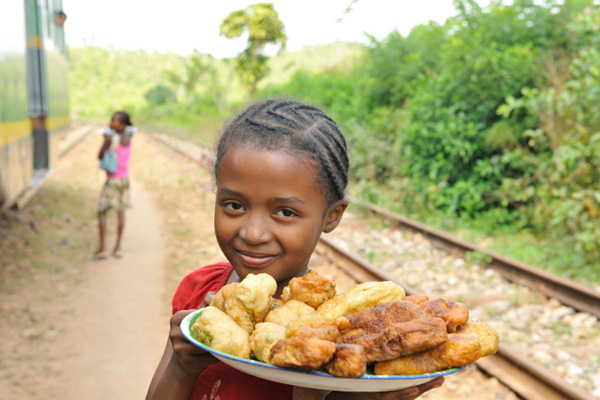 Staying at the coast affords the traveller mouth-watering freshly caught shell fish and seafood, served with the ever present dish of rice. The tourist areas offer a variety of international restaurants from French fine dining to Italian Pizzas and Chinese takeaways.

The local traditional dish is rice accompanied by ‘laoka’. Laoka, which can loosely be described as a stew/casserole, varies from region to region and has Asian and African influences. Some regions use fish as the main ingredient while others use meat and/or vegetables. Every family has their own special recipe which is passed down through the generations. Away from the tourist areas the food is basic but still appetizing and enjoyable. 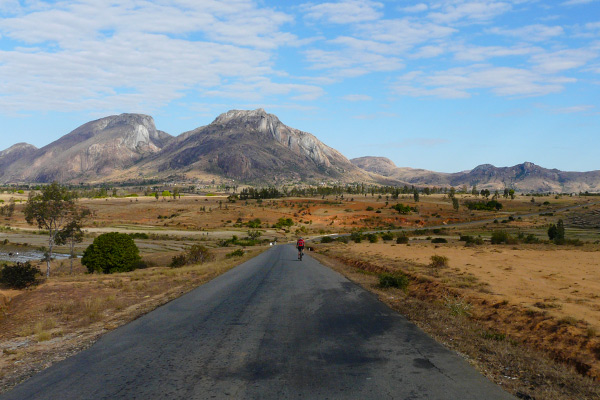 Madagascar has a hot, sub-tropical climate with every season enjoying its own highlights but most people tend to visit during high season which is from July to September. The main reason for this is that the cyclones have passed, meaning roads are not flooded and the temperatures are cooler. It is certainly best to avoid January to March when many hotels and roads are closed due to cyclones.

Temperatures are warm to hot all year round. Visitors in certain parts of the island may not even notice winter arriving in May and stretching through to October. The summer months of November to April bring with them hot and rainy weather. The varying landscape and altitude throughout the island means that each small region has its own microclimate. The western side of the island is more sheltered than the east. Visitors fly into the eastern town of Antananarivo – known as ‘Tana’ by the locals, which is greatly appreciated by those who find pronouncing foreign names a problem!

Bike and Hike Wild Madagascar is the option for those travellers who enjoy adventure and want to experience a country through its people and their culture and traditions, and are happy to leave their cell phones and iPads at home.